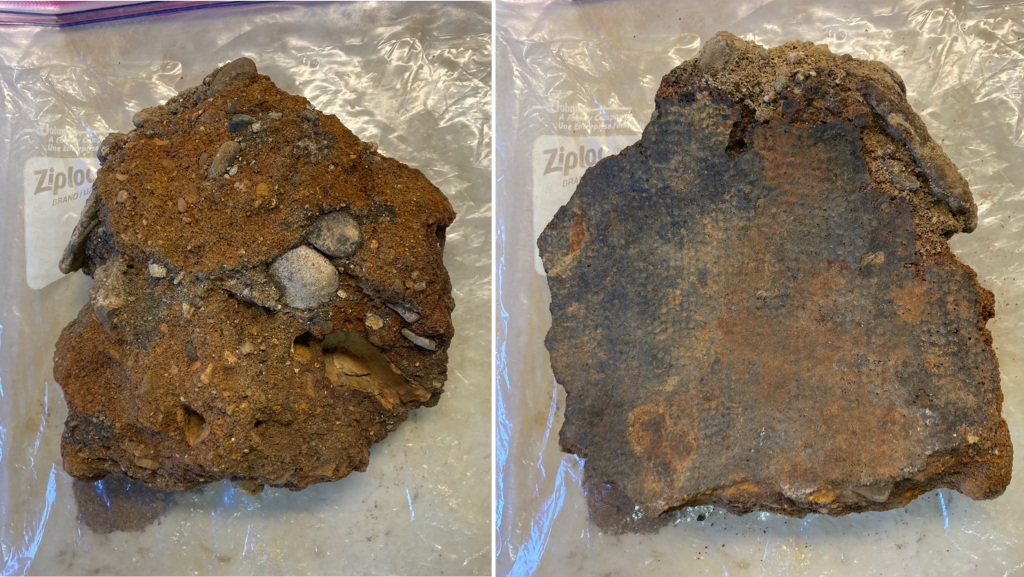 The City of Mishawaka engaged LFA to provide services during construction of its new City Hall Campus project, which led to effective analysis of the existing structures and infrastructure from the top to well below ground.

Mishawaka’s Water Department confirmed during design of the new City Hall Campus that watermains and valves within Lincolnway (SR 331) were adequate  and continued to provide required service to the area. However, during construction, valves on the existing one hundred-plus-year-old watermain were found to be either inoperable or broke upon attempted operation.

Some service line connections were found leaking or made of materials no longer used in modern day construction. Upon excavation to perform connections for City Hall, the exterior of the existing watermain exhibited severe pitting and corrosion as well as suboptimal configurations for the building connections. The existing 8-inch fire protection waterline was leaking from a corroded area of pipe, and the 4-inch domestic cast iron waterline was deteriorated to the point that a reliable connection to the existing pipe could not be made. To correct this and to improve the overall connection configuration to the new City Hall, the watermain was replaced from Main Street to Spring Street on Lincolnway, including new domestic and fire protection. Since the watermain was being replaced to correct deficiencies, the pipe was upsized to better support today’s fire protection needs while also improving overall system performance.

Of fascination to the crew was an object affectionately named “The Barnacle,” which was holding the watermain together due to mineralization. The entire process demonstrates a commitment to thorough engineering being completed throughout a project and at all levels in a project, even when inconvenient. By investigating deeper and committing to quality engineering of an entire project, LFA corrected long-term water issues while the City builds a new City Hall and provides area residents with a superior and enhanced water supply system.