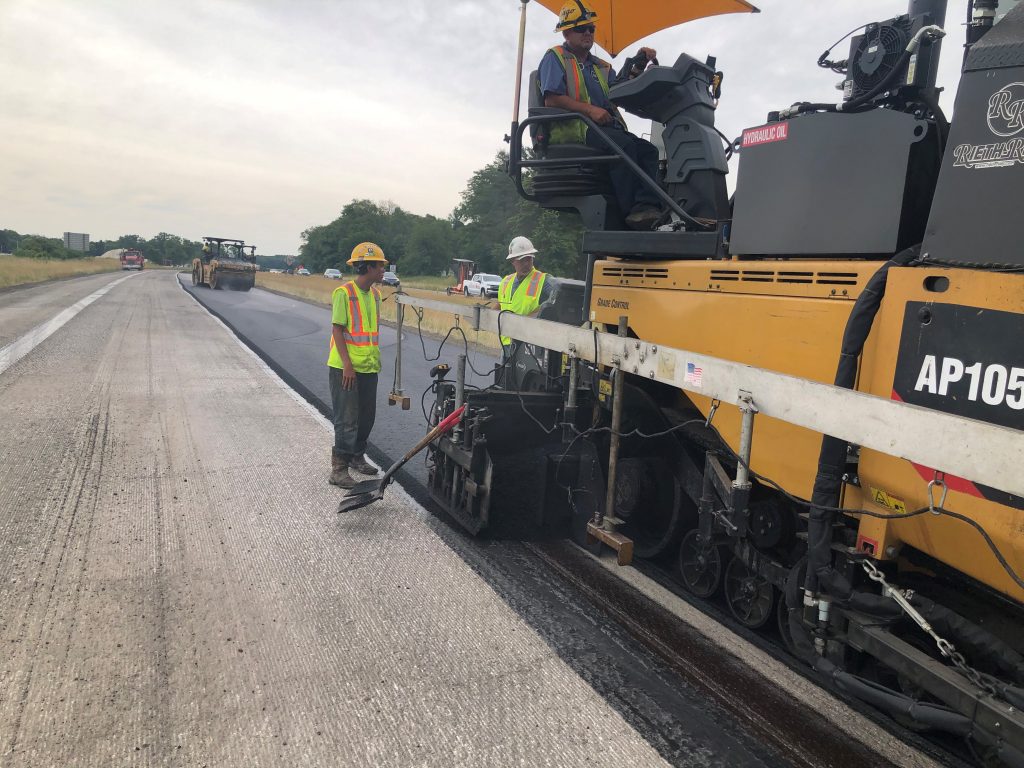 During the summer of 2022 LFA is working on an HMA resurface project on US 30 in Plymouth, Indiana. The contractor at this site is using a spray paver to install the HMA surface. This new concept uses the paver to apply the tack coat at the same time the HMA is being placed. There are several advantages to this method. The main advantage is the tack coat is placed on the pavement and is not subjected to construction traffic such as delivery trucks or the HMA transfer vehicle. Utilizing this method allows tack to remain in place and not be tracked up by construction vehicles.

“I’ve been really impressed with the job this technology does,” said Don Dietz, LFA project supervisor. “It saves time and improves the bond.”

Overall, the use of the Spray Paver is best suited for mainline paving as using it for tight areas, such as tapers and crossovers, can be difficult as the spray emulsion is sprayed simultaneously with the paver’s movement. Controlling the emulsion in a taper can be difficult and can result in overspray on an existing pavement’s

Using these machines to spray emulsion immediately ahead of laying and smoothing hot mix increases pavement bonding, enhances the aesthetics and a streamlines the operation. This versatile machine initially emerged in the marketplace to help improve bonding between the existing pavement and an ultra-thin lift of asphalt. This is important because a poor bond between layers can lead to premature pavement failure.

Dietz said, “I look forward to a successful completion here and hope to have the opportunity to work with spray pavers in the future.”