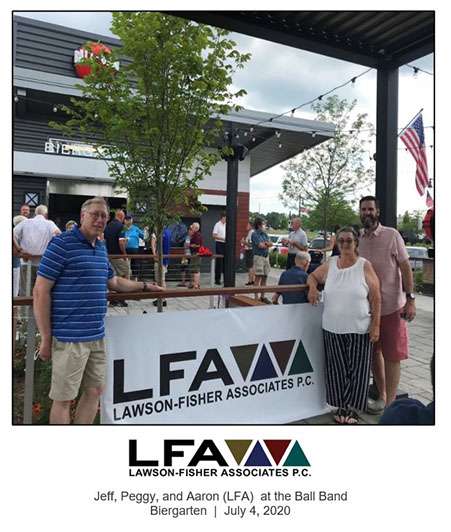 LFA was in attendance Saturday, July 4, 2020 at the ribbon cutting ceremony for the Mishawaka Parks and Recreation Department’s Ball Band Biergarten and community celebration of former Mayor Bob Beutter! LFA, as the lead design firm and a ceremony sponsor, has had the honor of working with the City of Mishawaka (as well as the project design team of Arkos Design, Context Design, Stantec, ETS Engineering, Creative Design Services, and Helman Sechrist Architecture) to help bring this recreational facility, and many other City projects, to life.

Specifically, LFA served as Project Manager on this project and provided design services consisting of grading, drainage, and utility plans as well as structural engineering for the Biergarten building and retaining walls. Our involvement continued as we provided our construction engineering services for the project’s construction. We are looking forward to the future of this area and reprising our roles for the project’s Phase III.

The dynamic event space has already begun accommodating the City’s Sunday Farmer’s Market series and will continue to host many more events and groups, continuing the growth along the Mishawaka Riverwalk. The space is a great tribute to the work of the former City of Mishawaka mayor, Mayor Robert C. Beutter, whose vision for – and involvement in – the City’s transformation continues to give to the residents of Mishawaka and all who travel there. 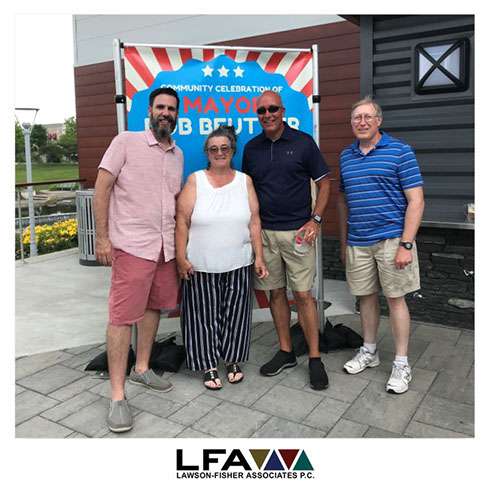 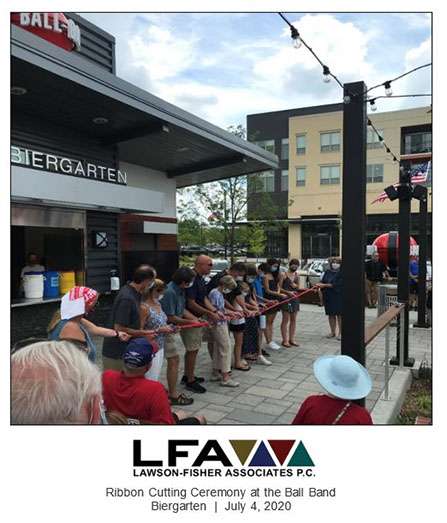 LFA worked as the [lead] design consultant for both phases of Ironworks (currently under construction this year) as well as provided inspection and engineering services during construction. Phase III, which includes the ice rink, is under design currently by LFA. The design team consisted of several sub-consultants due to the complexities of the job.

The Biergarten portion of the project is [nestled in] the existing Beutter Park, north of the new Mill at Ironworks development. It is part of the ongoing revitalization of downtown in the hopes to make the downtown area a destination for all ages, during all seasons. The entire area consisting of Beutter Park, Ironworks Plaza, and the Mill at Ironworks has a rich history of being an industrial area. Early on, in the 1800’s, the area had been used by St. Joseph Ironworks to cast and make iron products. As time passed the area was used to manufacture windmills then later it was Uniroyal and Ball Band. The City has tried to incorporate all the past history in the current park. The Ironworks and Mill names are derived by previous occupants of the area and have meaning. The Ball Band signage is also an effort to bring back this era of history. Lastly, the new branding sign for the Biergarten used some of the reclaimed brick from the demolition of the Uniroyal Building in 2000. – Chris V. | LFA Construction Engineer

One of the challenges on the Ironworks projects was working with the multi-faceted design and a large interdisciplinary design team as well as to coordinate the owners’ aesthetic decisions and necessary changes throughout construction. Additional challenges included significant dewatering for site utilities, due to the proximity of the river, along with coordinating installation of owner-supplied equipment by the contractor. Interestingly, Phase I has a 72” duckbill backwater check valve set inside a large structure before the storm outfall at the river. The duckbill backwater check valve was put in a structure for aesthetics. The structure lid is removeable for future maintenance of the duckbill backwater check valve. – Peggy B. | LFA Senior Construction Engineer 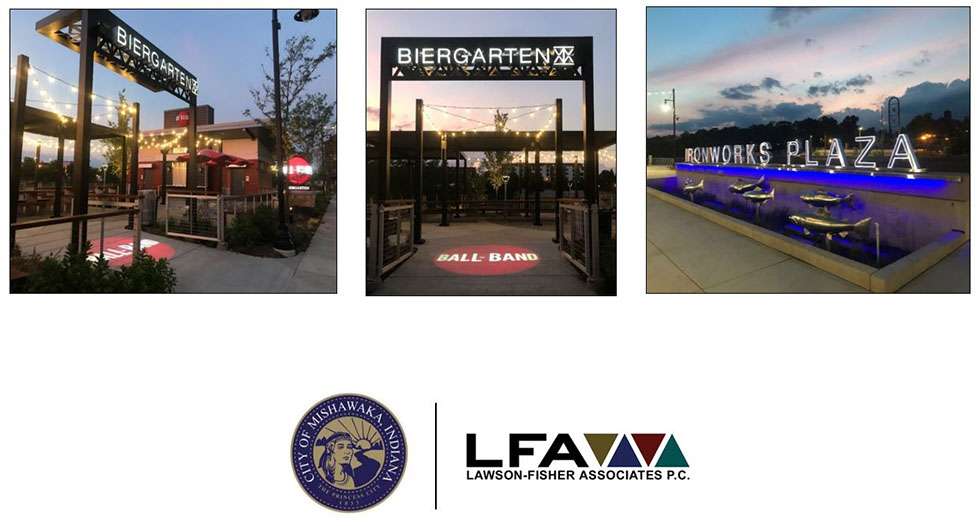