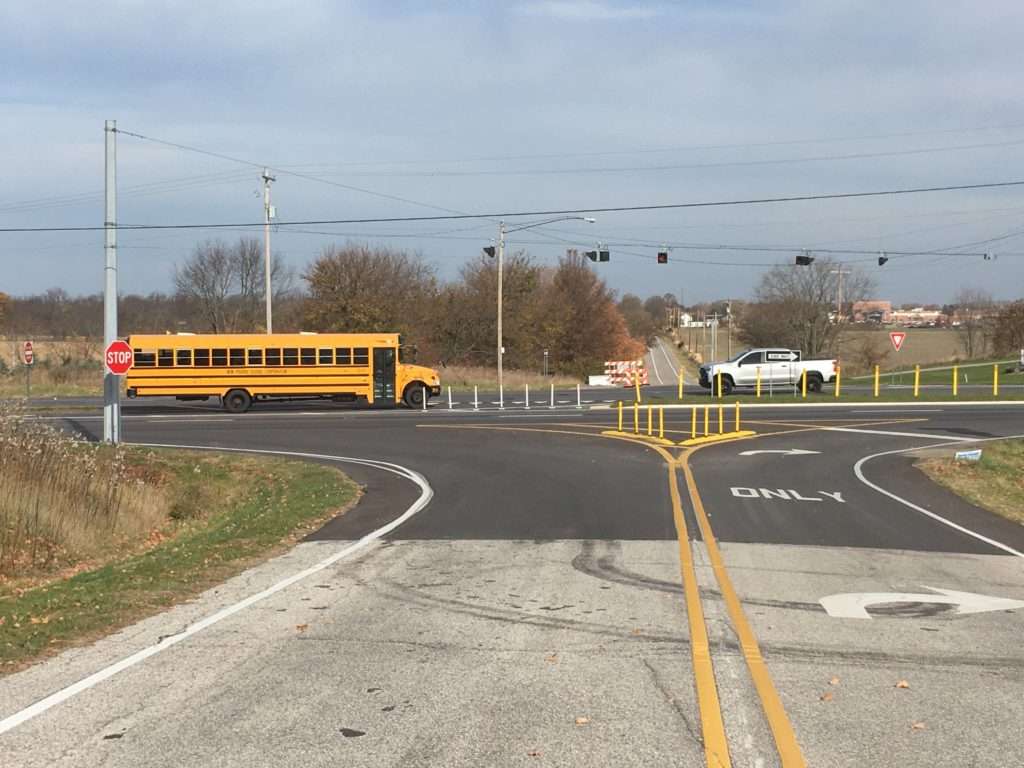 After completing two intersection improvement projects at LaPorte County Road 700E (Cougar Road) and both US 20 and SR 2, LFA was delighted to get feedback from INDOT that the improvements have resulted in significantly fewer accidents since they opened to traffic.

LFA Engineer Joe Dunbar, P.E., said, “We don’t always get this kind of data after completing a project, so it’s wonderful to see the decisions we made early on were the right ones. We’re saving motorists a lot of trouble and preventing injuries. That feels good.”

INDOT District Traffic Engineer Alan Holderread, P.E., said the intersections, which host high school traffic, went from about four annual accidents to zero at SR 2 and decreased by 34 percent at US 20 according to preliminary data. Alan was part of the INDOT initiative that worked with LaPorte County to address these two intersections.

“There have been several snow-related single vehicle crashes near SR2 and CR700E but nothing to do with the intersection,” Holderread said, noting this is terrific news especially as 2021 was a bad year for severe crashes across the country.

Handled by both INDOT and LaPorte County, the changes redirected southbound traffic away from the CR700E/Cougar Rd at SR2 intersection, which has sight-distance issues due to a crest in the road and resultant poor crash history, and routed them toward US20.

“We instituted a modified J-turn at SR 2 and added a full signal at US 20 to replace a flashing yellow,” Dunbar said. “School traffic and young drivers meant these intersections needed to be extra safe and efficient.”

Projected demand at the intersection satisfied signal warrants and the need for turn-lanes. INDOT funded signalization and turn-lanes on US20 while LaPorte County funded a turn lane on the south approach to US20 as well as the revised the striping plan for the one-way portion of CR700E/Cougar Rd.