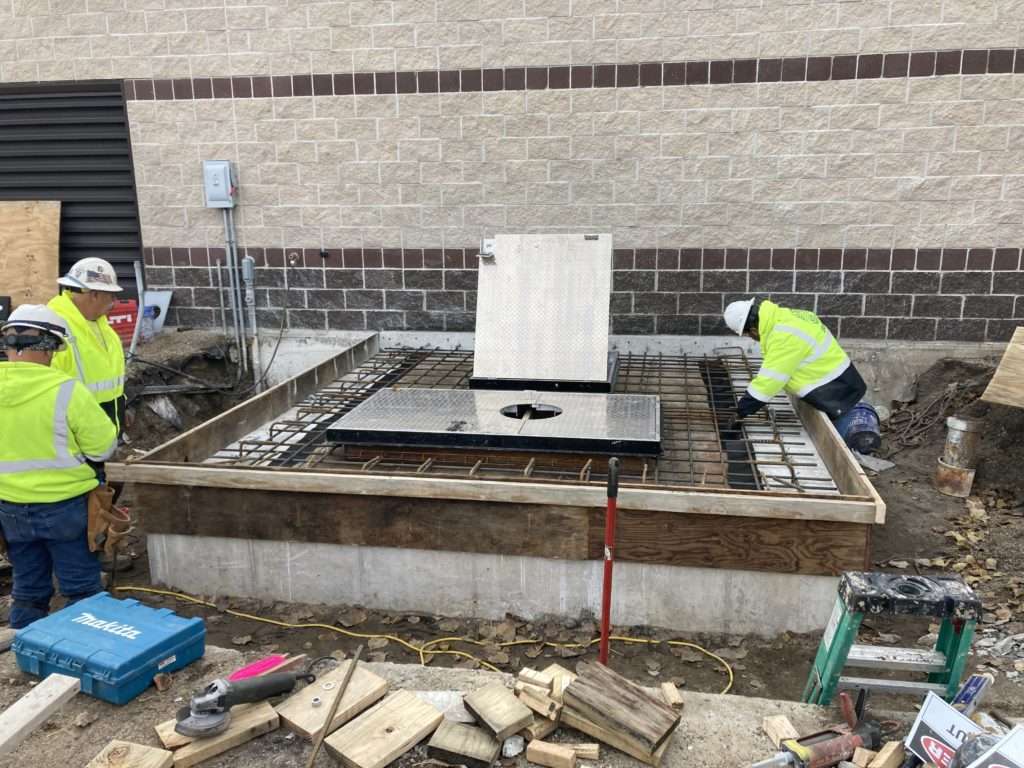 The Mishawaka Utilities Wastewater Department had been experiencing issues with rags accumulating in the Holy Cross Parkway Lift Station discharge piping, fittings and valves. The risk was that blockage could affect the pumps or create system failure.

LFA was tasked with finding a solution to the debris problem. We designed a system to eliminate the debris so water can flow unobstructed.

Lawson-Fisher Associates worked with the Wastewater Department during the planning phase vetting various methods to eliminate debris. Difficulty arose in finding a screening product that could be retro-fitted to match the existing configuration of the approximately 15-year-old wet well with minimal modifications. Initially, a product was considered that would chop-up the rags. The concern was that this chopped material would still be in the piping network and may cause problems further downstream. The team eventually decided on a vertical screen that completely removes the rags from the system. The selected device is a Rotamat Vertical Screen RoK4 700X from Huber Technologies, Inc. The screenings are washed, compacted and discharged through a hopper into a continuous bagging system and placed into a dumpster placed under the hopper.

LFA would like to thank its project partners, including AJ & Associates for structural engineering and Sims-Durkin Associates for electrical, instrumentation and controls design.