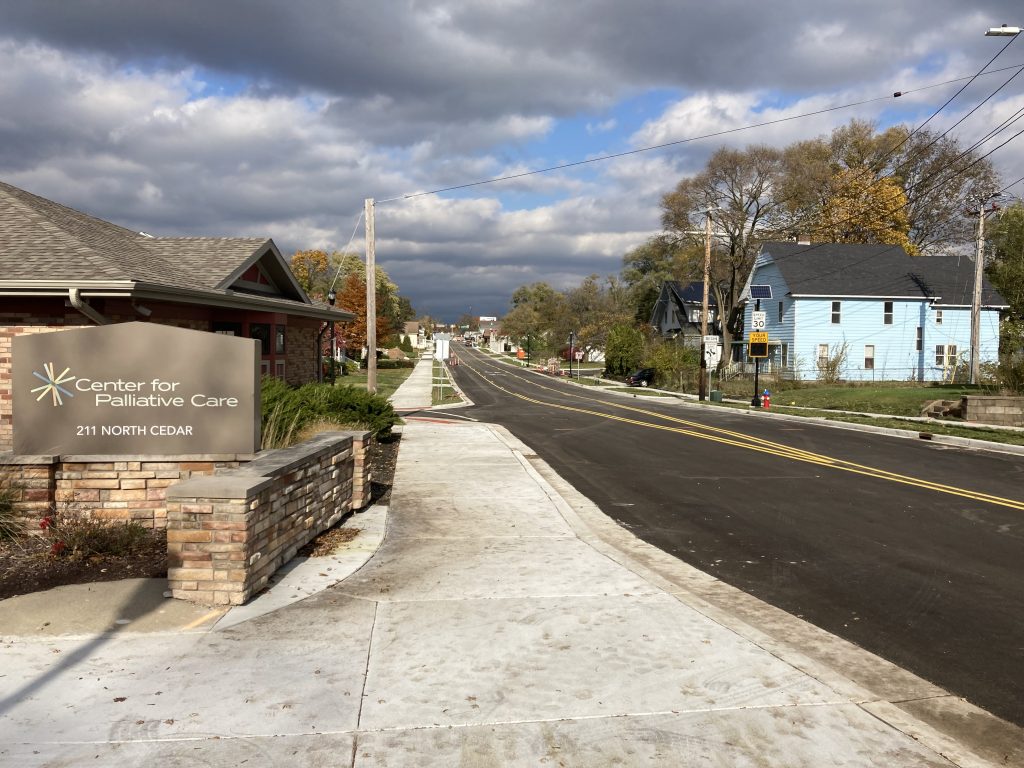 The City of Mishawaka selected LFA to provide design and construction engineering services for the Cedar Street Improvement – Phase 1 project. This project was intended to make improvements both above grade to the city streetscape as well as below grade for utility improvements. This project phase is an offshoot from the wider overall Mishawaka Avenue area improvement project series.

The project had five main components. First was coordinating with fellow engineering company, DLZ, to provide appropriate means to meet both their utility and roadway alignment needs for a future Cedar St bridge widening project over the St. Joseph River. As utilities were relocated from aerial to underground as part of this project significant effort took place to ensure efficient and logical connection points were provided for this future bridge widening project.

Secondly, the existing riverwalk that runs west from Cedar St to Central Park and beyond was extended north with an 8-foot pathway as part of the project on the west side of Cedar St up to Mishawaka Avenue. The intent is this will facilitate pedestrian traffic to the north for leisure as well as safer school access. Future projects are planned to extend this 8-foot pathway further north to Battell School.

The third component was the road right-sizing which meant eliminating on-street parking and adding two-way turn lanes in the center. An added benefit of this was reducing the travel lane width which acts as a traffic calming device to slow motorist’s speed. Additionally, two radar speed signs were added to further facilitate slowing traffic for an overall safer roadway.

A fourth component of this project was to improve all underground utilities. A designated storm sewer was added to separate it from the existing combined system in an ongoing effort to reduce the number of combined sewer overflows (CSO’s) to the St. Joseph River. New water main was installed which included the replacement of all existing lead water services in this corridor. The existing combined sewer was CIPP lined as part of a previous Mishawaka Ave project, but all sanitary laterals were replaced out to the right of way in order to have all new pipe under the roadway. Utility connection points were also extended east to the old Mishawaka Central Services property to easily accommodate the planned future development of this property.

The fifth and final component of this project was to relocate all the overhead utilities in this corridor underground for a cleaner and less industrial looking roadway. Industrial looking utility pole mounted streetlights were also replaced with decorative versions like many other areas in the city.  In addition to Mishawaka Utilities Electric Division having both three-phase primary and single-phase secondary electric there was also AT&T phone, Comcast cable, Comcast fiber optic, City signal fiber optic, Choice Light fiber optic, and US Signal utilities in this project. The ongoing coordination with all utilities to relocate underground within a tight right of way while still maintaining customer service was by far, according to LFA Project Manager Dmitri Adams, this was the biggest challenge of this project. 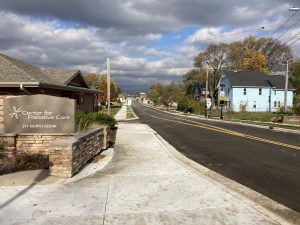 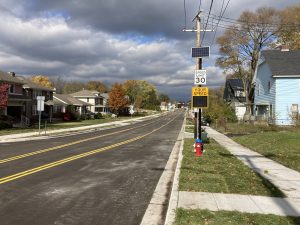 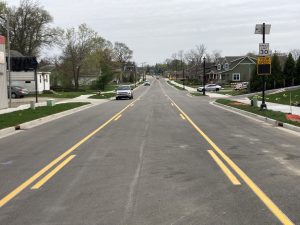 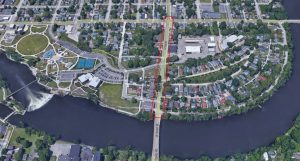 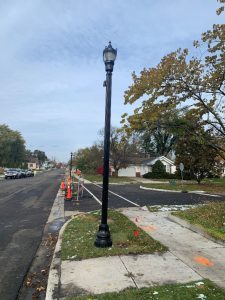 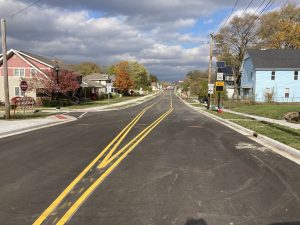